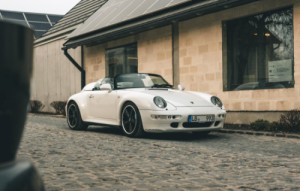 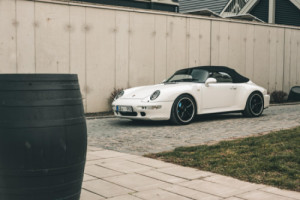 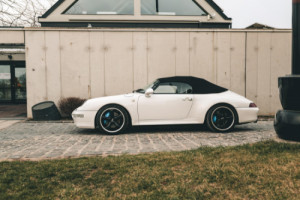 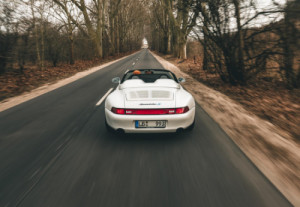 The Porsche 9M 993 Speedster by Ninemeister

What to do if you're not F.A. (Butzi) Porsche or Jerry Seinfeld, yet want a Speedster version of the last air-cooled 911 of the iconic 993-generation? You turn to UK-based Porsche specalist Ninemeister for what must be the most authentic reimagining of the car that never was. Only six were ever created and we're proudly offering the arguably finest example for sale.

Less is more. This was the ethos of the very first Porsche Speedster, an open-top 356, introduced on request of Max Hoffmann for the all-important US market in 1954. Based on the 356 America Roadster of 1952, it had a lightweight body, raked windscreen, reduced interior equipment and simple rain top. It was offered just below USD 3,000 and became an instant hit in the costal states, not least thanks to James Dean.

It would take until 1988 until Porsche manufactured a Speedster again, this time as the swansong of the G-model.

The 964 Speedster of 1992 was true to the original with no air-conditioning, electric windows or airbags to save weight.

However, the last air-cooled 911, the 993, was never officially offered by Porsche in Speedster guise. Only two factory cars exist, one built for Ferdinand Alexander Porsche's 60th birthday in 1995 and the second for American comedian and avid Porsche collector Jerry Seinfeld.

The stunning car we are offering is thus a reimagining of those factory cars. Both its owner, the Chairman of a local Porsche Club, and ourselves, are fans of originality, yet there are those rare occasions when one makes an exception. The amount of craftsmanship that Ninemeister of Warrington put into creating these bespoke cars included using only OEM parts, reinforcing the chassis, using 'S' (Turbo) wide rear panels, cathodic corrosion protection and paint according to factory specification. Each of the six cars built is unique and reflects the specification of its owner.

Our car was based on a low-mileage German-market 1996 Targa with Varioram engine and short G50/21 gearbox. Technical modifications include:

Learn more about the creation of this exceptional Speedster:

A rare opportunity to acquire what is the closest you'll ever get to a factory 993 Speedster. Please note that this car is based in Florida, USA and can be offered with an American title.