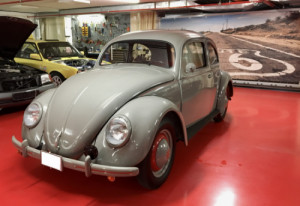 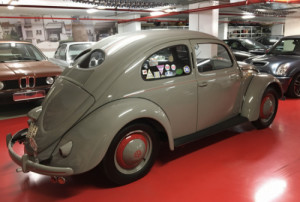 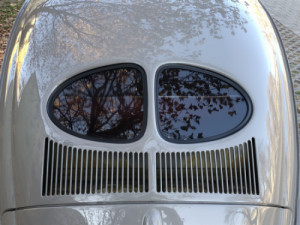 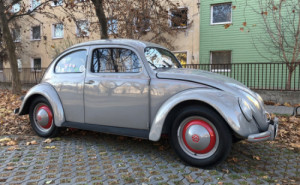 The car on offer is an early home-market model, that was built on 8 November 1951 in Wolfsburg and dispatched from the factoty two days later. It was delivered new by 'VW-Autohaus Raffay' in Hamburg - a dealer that had been operational since 1904 - to its first customer. As is the case with many of the early 'Split-Window' cars, the exterior and interior colours are not registered on the factory build sheet. What is stated is that there are 'no additional extras'.

This example is driving in its purest form and shows how important it was to build cars to a budget to satisfy the enormous demand for affordable mobility in the wake of World War II. Inside the car, there is plenty of naked metal. The front seats are not adjustable and covered in vinyl. A speedometer is the only instrument. There are switches for lights and indicators and the Beetle-typical heater adjustment and that's it.

As mentioned above, there is no chrome on the car. Bumpers and hubcaps are painted body colour, there is no side adornment or chrome strip around the windscreen. Not even a Volkswagen badge. The previous owner undertook a refurbishment to a good standard. A few personal touches were added, such as the wheels painted to match the interior and a discrete side stripe in the same colour. It would be very easy to put the car back to factory specification, in case a new owner prefers absolute originality.

Mechanically, the car has a period correct engine and is in excellent condition. It runs and drives beautifully and needs nothing but regular exercising and service. Being part of a larger collection of early Volkswagen, it has always been maintained and stored properly and benefits from a fresh complete service. A lovely piece of early Volkswagen history, that offers a fascinating insight into what motoring was like after World War II.